When you work on electronics projects, chances are you will need a mobile power source some time down the line. There is a plethora of options, meeting any need imaginable. If you’re on a tight budget you can even try making your own Li-Ion battery! But what if you’re on an even tighter budget, and/or want to do something for the environment? Then I suggest harvesting Lithium-Ion cells from used batteries!

Attention! Now, before you go poking and prodding old battery packs, keep in mind that batteries first and foremost store power. Power in the form of chemical reactions that can react violently if given the right (or wrong) conditions. If you do decide to do this, make sure to wear proper personal protection equipment, and have a place where you can dispose of the battery immediately, should it catch fire.

Only attempt this at your own risk!

What we’re looking for is used 18650 Li-Ion cells. They’re versatile, standardized, rechargeable and have a fairly high power per weight and volume ratio. These characteristics have also made them very popular in the electronics industry. They are sometimes even used as the storage component in electric cars or home electricity storage!

Your best bet at getting used cells are usually laptop and power tool batteries. Even from the outside it’s usually fairly easy to make an estimation of the number of cells used within. In case of laptop batteries it occasionally even says “6 cell battery” right in its name. Some other times it’s not quite as obvious, unless you know what to look for.

Here’s an example of a very common type of laptop battery. Its dimensions are a direct result of the battery cells hidden beneath its plastic shell. In a majority of cases, laptop batteries deliver about 11-13V, which is the voltage you get of putting 3 18650 cells in series. Both the width of the battery, and the capacity written on the label, give an indication of how many cells are used in parallel. Due to size constraints it is usually 1-2, giving you a haul of about 6 name-brand 18650 cells per laptop battery.

I was lucky to acquire a large dump of old laptop batteries, and it’s not uncommon for laptops to be tossed away with their batteries still intact. Of course, they likely won’t be as performant as the day they left the factory, but if you’re on a budget, you’re unlikely to get more bang for your buck elsewhere.

The other common source is power tools. Their batteries are however a little more difficult to come by. Their main way of ending up in the recycling bin is usually because of a failed cell, rendering the entire battery pack inoperable. Since we’re after the cells themselves however, they can still be of use to us. Look out for people giving away or selling “broken” battery packs. If the price is right, you can get a large amount of 18650 cells, as the power requirements of power tools usually far exceed those of laptops.

Now that you’ve acquired your preferred source of cells, it’s time to get to the juicy innards. The process is, quite frankly, not pretty. I’ve used strong wire-cutting pliers and a flat-head screwdriver to pry apart the stubborn plastic casing of the laptop batteries. Turns out the manufacturers really don’t want people to service them, let alone take them apart!

Be extremely careful at this step. Especially when trying to pry apart the casing, make sure not to accidentally stab any of the cells beneath. While not as dainty as lithium-polymer batteries, they don’t take kindly to foreign objects piercing their skin. Wear gloves, safety-goggles and keep a bucket of sand or an explosion containment pie dish at the ready, should things really go awry.

Once freed from its casing, the actual insides should be nearly identical between the other batteries you might take apart. The cells are connected together via thin nickel strips that are spot-welded to the cells within. Some additional wiring to the BMS for balancing purposes is also very common.

Since the BMS is unlikely to meet our expectations (nor is it very likely to play nice unless you talk to it in a very specific way), the next step would be to take the wire cutters and take the battery apart. Cut the tin strips connected to the BMS, and then free the 18650 cells from each other.

In my case I tended to keep some nickel strips attached to the cells, to make it easier to solder them together at a later stage. If you have a spot-welder, this may not be necessary, and you might be better off shortening the nickel strips further. Again, be extremely careful at this step! The nickel strips themselves can become dangerous when cut, because the wire cutter might leave sharp edges that can short against the casing of the battery cells themselves. I know this because it has happened to me.

At this point you should have a little pile of 18650 cells lying on your table. Time to see what you’ve got! The First step should be looking at the serial or product numbers printed on the batteries. Look up the numbers on them with some appropriate google-fu, and get the data-sheet. This will give you valuable information such as nominal voltage, maximum charge, discharge current, and so on.

Next you should take a multimeter and verify the voltage of each battery cell. The nominal internal cell voltage is 3.6 V. If discharged, they should not be significantly lower than 2.8-3 V.

If they’re from a used pack that has been lying in a cupboard somewhere for a while, you’ll likely find some dangerously undercharged cells. Not all is lost however. It is possible to save most of these cells using an appropriate Li-Ion battery charger. This one, similar to the one I used (X2 instead of X4), has a modern charging circuit that detects the undercharged state of the batteries. It will automatically attempt to revive the cells in question. While this may not guarantee a fully restored cell (or even a working one), I have yet to find a completely unusable cell.

You may want to charge your cells to see how much capacity they have left, and then store them in a safe place until you need them. Make sure to store them appropriately, you don’t want to store them improperly and cause a short, and thus, a fire.

Other than that? The world is your proverbial oyster! Check out my article on how to make your own battery pack. Happy hacking! 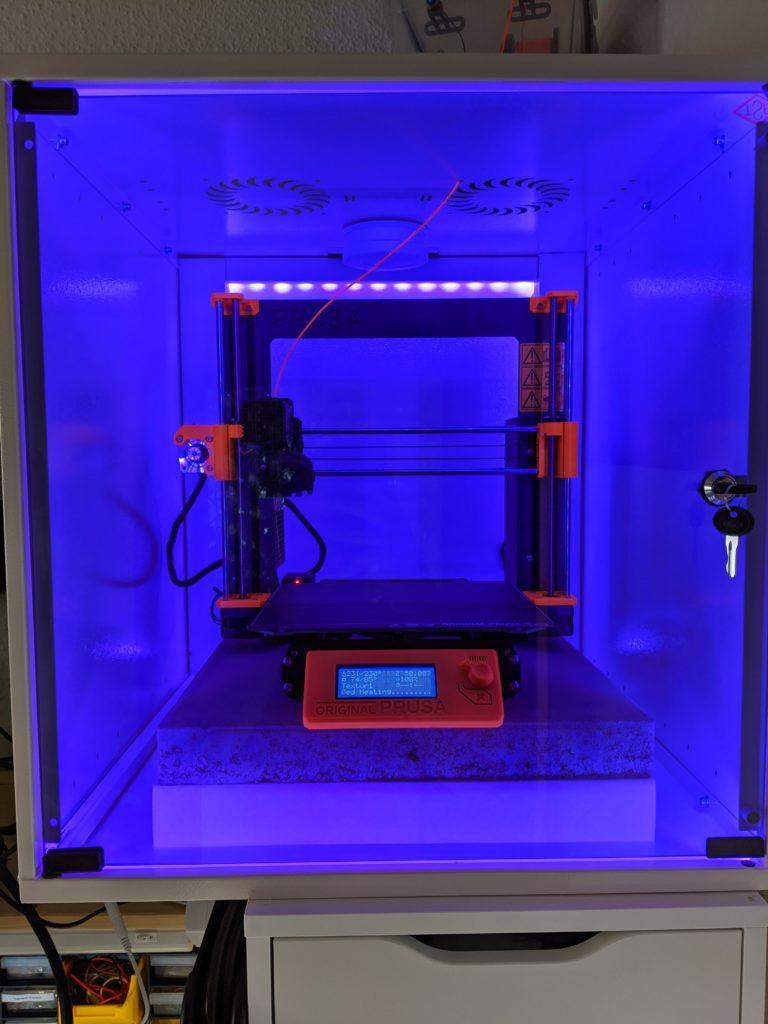 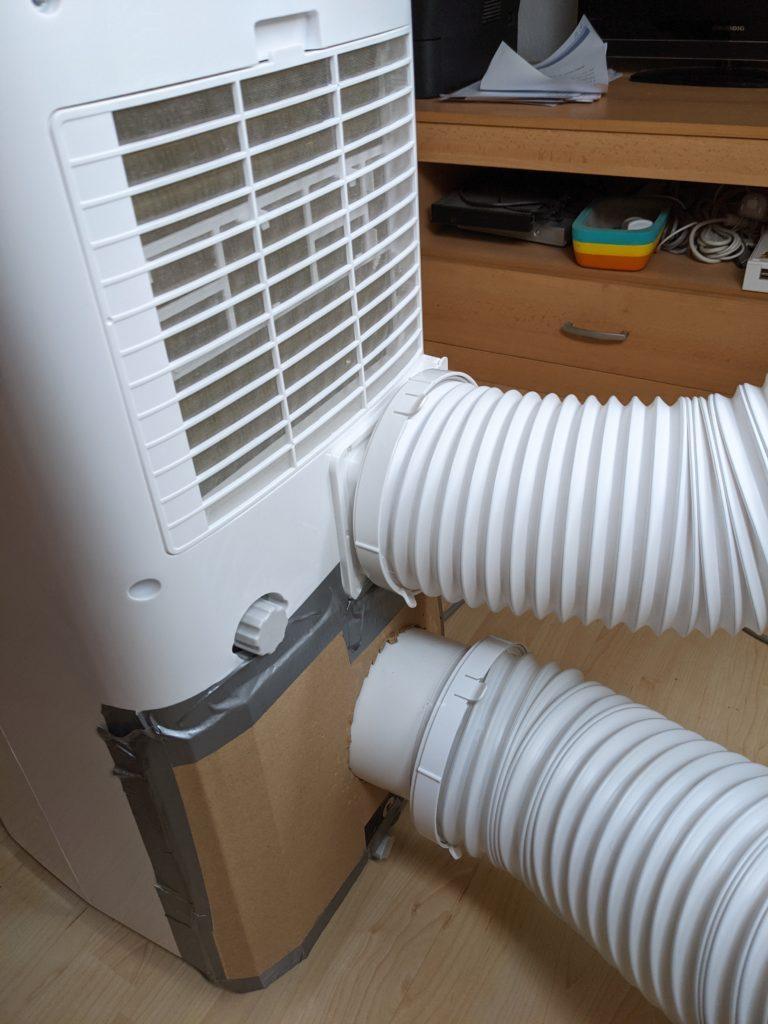 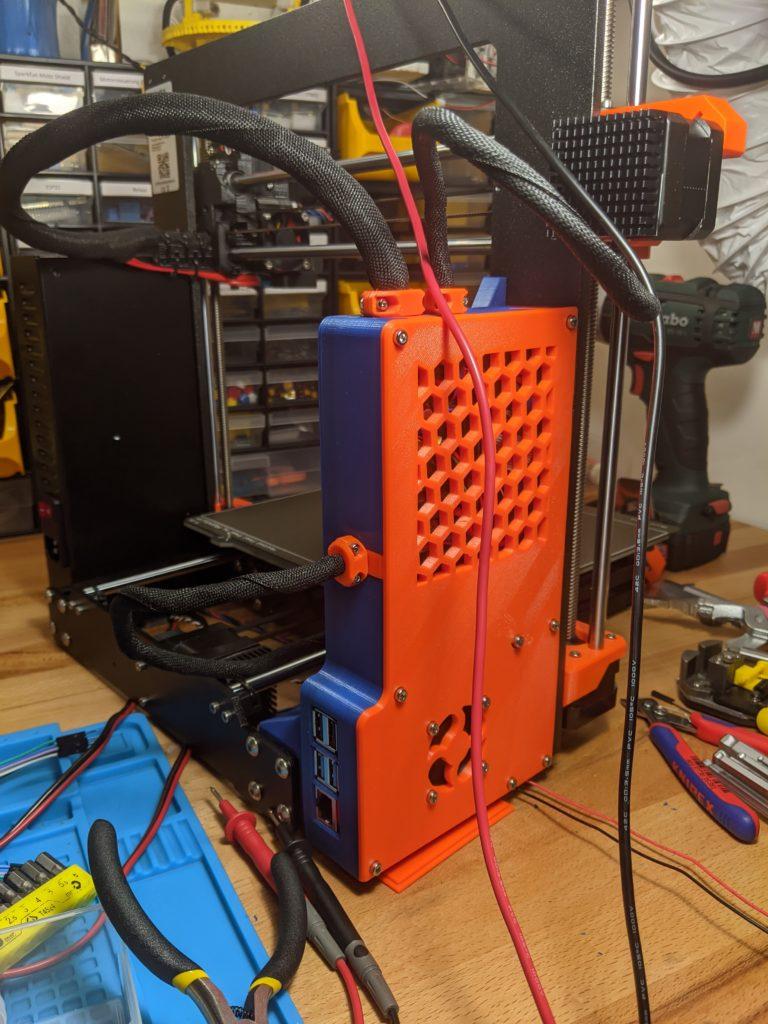 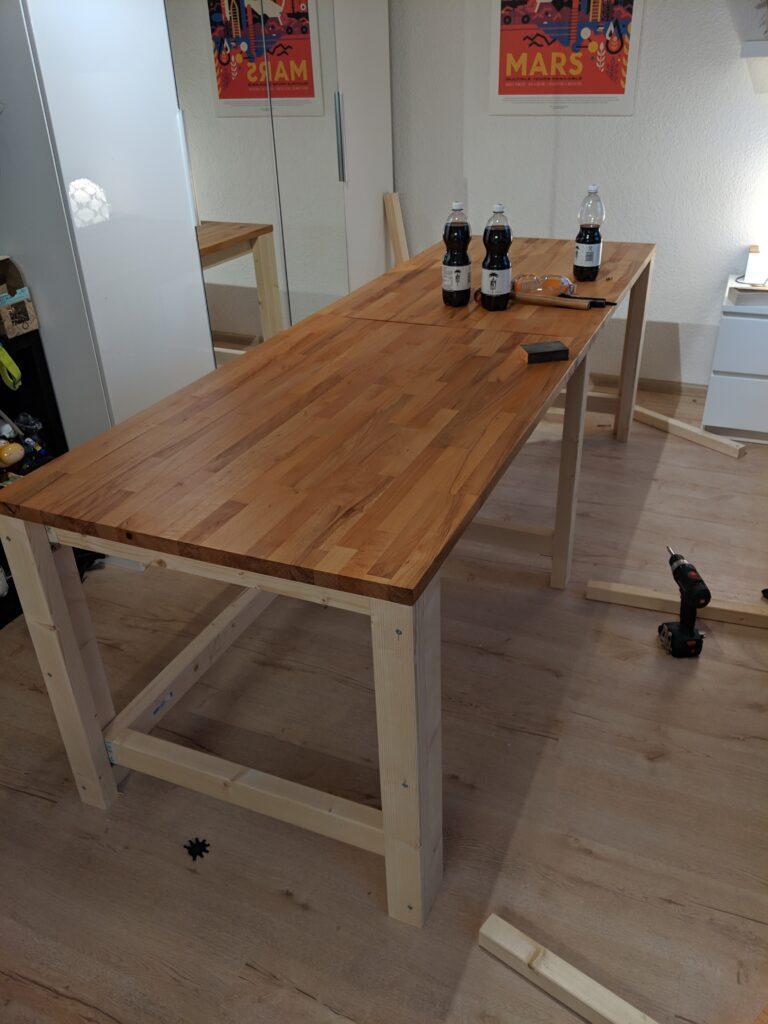 I couldn’t find plans on how to make your own wooden workbench, so I made my own! Here’s a blueprint,all the tools and material you need. 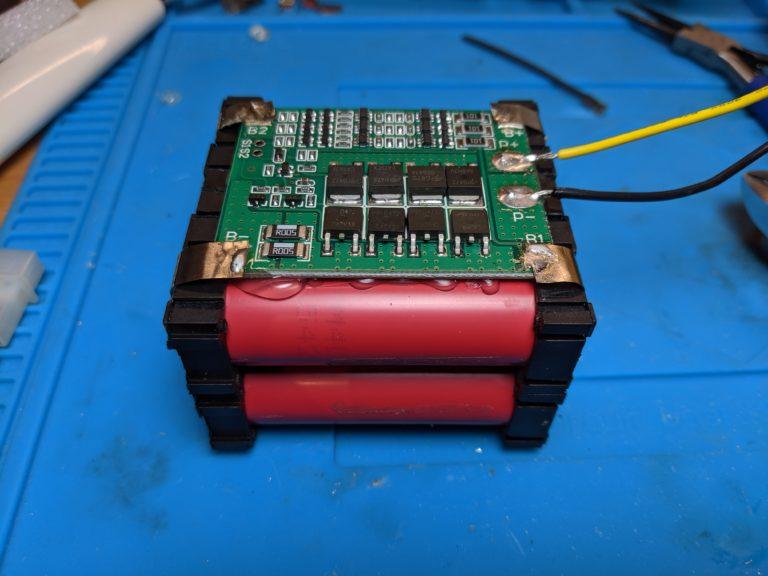 1. Acquiring the batteries
2. Rip and Tear
3. Inspecting the goods
4. What next?